Israel, an innovative country in the desert … 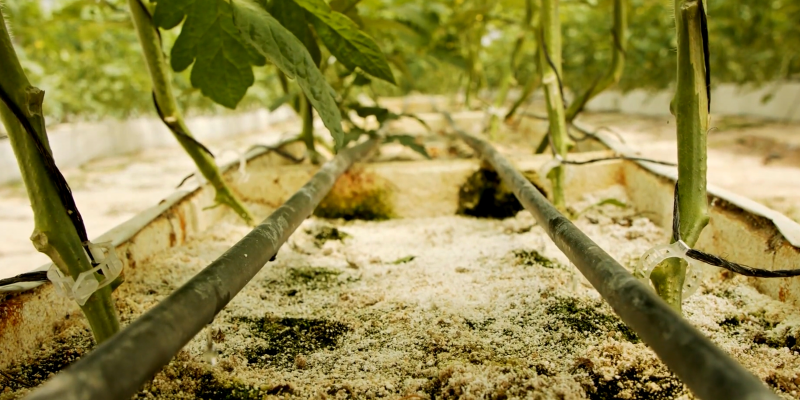 Every month we will be featuring an article written by one of our team members about their fields of interest and what motivates them to change the world. For this instalment of #ElephantsSpeak we have a post from one of our Mannaging partners Elena Canetti

Israel is an innovative country in many areas, not only in classic areas such as cyber-security, fintech, telecommunications, etc. Israel is a country with great innovation in very traditional areas, such as the agricultural area, in which Israel has excelled with disruptive innovations such as drip irrigation… Simcha Blass, a state official, has been recognized as the inventor of drip irrigation. The story goes that Simcha discovered drip irrigation by observing a tree growing without a trace of water, but later discovered that it was fed by a small dripping pipe that supplied very small amounts of water. Simcha and his son developed the first experimental drip irrigation system in 1959 and created Netafim, the first drip irrigation company in 1965.

A very famous innovation is Cherry tomatoes. However, Cherry tomatoes are not an Israeli invention, but Israeli scientists contributed greatly to their development. Interest was sparked by the British retail chain Marks and Spencer, who saw an economic opportunity to market tomatoes that were beautiful, decorative and tasty. And they sought technological solutions by approaching, among others, the Hebrew University of Jerusalem to see if its agricultural scientists could help perfect a tasty, transportable tomato. Professors Nachum Kedar and Haim Rabinowich of the Hebrew University’s Faculty of Agriculture developed cherry tomatoes that ripened slowly, transported better and grew in rows, rather than bunches, for easier packing and shipping. And so it is that, although the Hebrew University professors did not actually invent the Cherry tomato, they did help make the modifications that turned it into the marketable product we consume today.

Another interesting example of this “innovative ingenuity” is the use of solar energy that began in Israel in the 1950s with Levi Yissar’s development of a solar water heater to address energy shortages. By 1967, about 5% of household water was heated by solar energy. With the oil crisis of the 1970s, Harry Zvi Tabor developed the prototype of the solar water heater that is now used in more than 90% of Israeli homes. Israeli companies today, such as SolarEdge,   are at the forefront of solar energy technology and are working in the areas of photovoltaic and concentrated solar power… This innovation demonstrates Israel’s ingenuity in finding practical solutions to problems, such as drought or shortages of energy resources… or needs that originate in the market, such as the consumption of cherry tomatoes. Innovation in Israel originates from the need to find alternatives and solutions in a country with very few natural resources, extreme climatic conditions and a complex geopolitical situation that does not allow stable trade relations with neighboring countries.

Israel’s entrepreneurial environment is very young and dynamic, and one of its outstanding characteristics is the famous Israeli “Chutz.pah”. Chutz.pah is a Hebrew word that translates as audacity, recklessness, courage, but also as insolence, impertinence, impudence….

The positive aspects of the Israeli Chutz.pah translate into an entrepreneurial ecosystem that favors creative thinking and tolerance of high-risk actions. The origins of this Chutz.pah are related to values developed during compulsory military service, and cultural characteristics of a country that has had to build itself from its foundations in just seven decades.

Israel’s innovation and its relationship with the great Western powers.

Israel has always had a complex relationship with the great powers, going through periods of rapprochement and cooling off, as in the case of Israel’s relations with France. However, there is no doubt that its most stable and enduring relationship has been with the United States. Israel’s high-tech industry, since its inception, has looked to the United States as a role model and has set its sights on the success of its products in conquering the U.S. market. The United States, for its part, has always been a political and economic ally of Israel, which has allowed the flow of technologies and knowledge between the two countries, including in defense matters. This focus on the U.S. market by Israeli start-ups is a characteristic that has allowed them to succeed despite being located  in a country with a tiny domestic market… and it  constitutes the global marketing and internationalization approach that is so characteristic of them.

Israeli innovation and the defense industry…

Undoubtedly, there is a clear connection between the state of Israel’s investment in the country’s defense and Israel’s enormous technological breakthrough in the areas of electro-optic, cyber-security, telecommunications, etc. Israel’s defense industry is an incubator for highly trained engineers, who, in some cases, leave the military industry to become entrepreneurs in technology start-ups that develop applications for the civilian world.

A concrete example of spillover from the world of defense to the world of medicine is the invention of the PillCam. In 1981, an Israeli electro-optical engineer named Gavriel Iddan took a sabbatical at an Israeli defense technology company, where he was working on guided missile technology. It was during that sabbatical that he came up with the idea of how to apply his knowledge of optical technology to an invention: an endoscopic capsule. Twenty years later, Iddan developed a prototype of what we know today as the PillCam SB and founded Given Imaging together with Gavriel Meron (now absorbed by the multinational Medtronics).

Technological innovation as an engine of economic growth.

Israel’s high level of technological innovation today constitutes the growth engine of the economy. Israeli high-tech production grew by more than 10% in 2021 and contributed to 15.3% of Israel’s total GDP. In the same year, high-tech exports exceeded 50% of Israel’s exports and stood at 54% reaching $67 billion.

Israel’s high-tech production does not depend on natural resources and is based primarily on the highly qualified human resources that exist in this country. It should be noted that, thanks to the independence of Israel’s innovation environment, the growth of the high-tech industry has been largely unaffected by the current energy crisis.

The startup nation is an outstanding example of the well-known saying “necessity is the mother of invention”… and how the inventive genius of a tiny country with no resources and no operative territorial borders can reinvent itself into a high-tech powerhouse, based only in its unique resource: the human brain…