The Importance of Storytelling 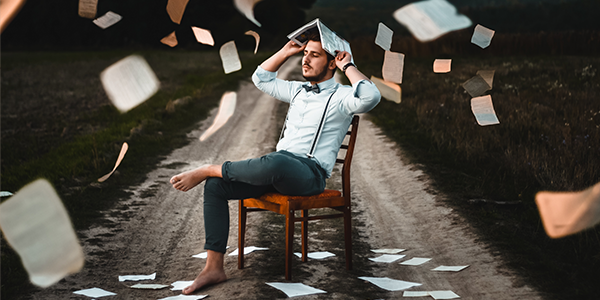 Every month we will be featuring an article written by one of our team members about their fields of interest and what motivates them to change the world. For the second instalment of #ElephantsSpeak we have a post from our Partner in Barcelona, John Crockett.

Storytelling has been used throughout history as an engaging and immersive method of communication. It can be used to tell the story of a culture but also can be a persuasive influence. Creating proposals for both public and private funding opportunities can utilize storytelling techniques to communicate the project and develop a representation of how the innovations will benefit society.

Significant amounts of funding are allocated by evaluators who are reading extensive technical documents, with the vast majority of these documents meeting the qualifications to receive the funding on offer. Receiving this funding could have a huge impact, often meaning the difference between survival or failure for a start-up or having an influence on the researcher’s career.

This scenario is like one famously identified by Daniel Kahneman in his book “Thinking, Fast and Slow“, where he identified that the decisions made by parole courts were significantly biased by external factors. Specifically, the chances of being released on parole varied between 0 – 65% depending on these external factors, most notably the time of day and the length of time after eating.

The EIC Accelerator, presented by the European Commission, has an exaggerated version of this, where to get through to the interview round the group submitting the appli*-cation needs to receive a “GO” from all three evaluators.

How is it possible then to combat these external factors?

Evidence shows that when we listen to a good story, we release hormones, such as dopamine and oxytocin, which have been found to increase the reader’s memory, motivation, and focus while also helping them to build an emotional connection with the story. This type of engagement makes the readers feel more human and trust the storyteller. In some cases, you even feel like cheering on the protagonists.

These hormones can improve an evaluator’s ability to concentrate while reading these long and complex proposals, but there are other hormones that can have negative effects. When under stress, as evaluators often are, cortisol and adrenaline are released. These are associated with poorer cognitive functioning, such as poorer short-term memory, reduced concentration, slower processing speed – which all lead to bad decisions. In these conditions, an evaluator is simply looking to negatively score a proposal, not by looking for the good, but by identifying the parts that the applicant has failed to include.

Having spoken to many evaluators, it is clear that they often read proposals in their spare time, after their day job. They are under pressure from the European Commission to return their comments as quickly as possible. It is not uncommon for evaluators for the EIC Accelerator to be asked to read fifteen 100-page proposals in a week. This creates the perfect conditions for cortisol and adrenalin.

Storytelling in a proposal is essential to capture the attention of the evaluator and engage them emotionally with the story of the technology and the potential impact it can have on the environment, on society, and on people’s lives. This can be difficult with technical and academic writing, but we see the technology, and the people behind them, as heroes fighting to make the world a better place. We tell their story.

We use storytelling in proposal writing to capture the attention of the evaluator and hopefully engage them emotionally with the story of the technology and the potential impact it can have on the environment, on society, and on people’s lives. This can be difficult with technical and academic writing, but we see the technology as a hero, and we are simply looking to tell their story.